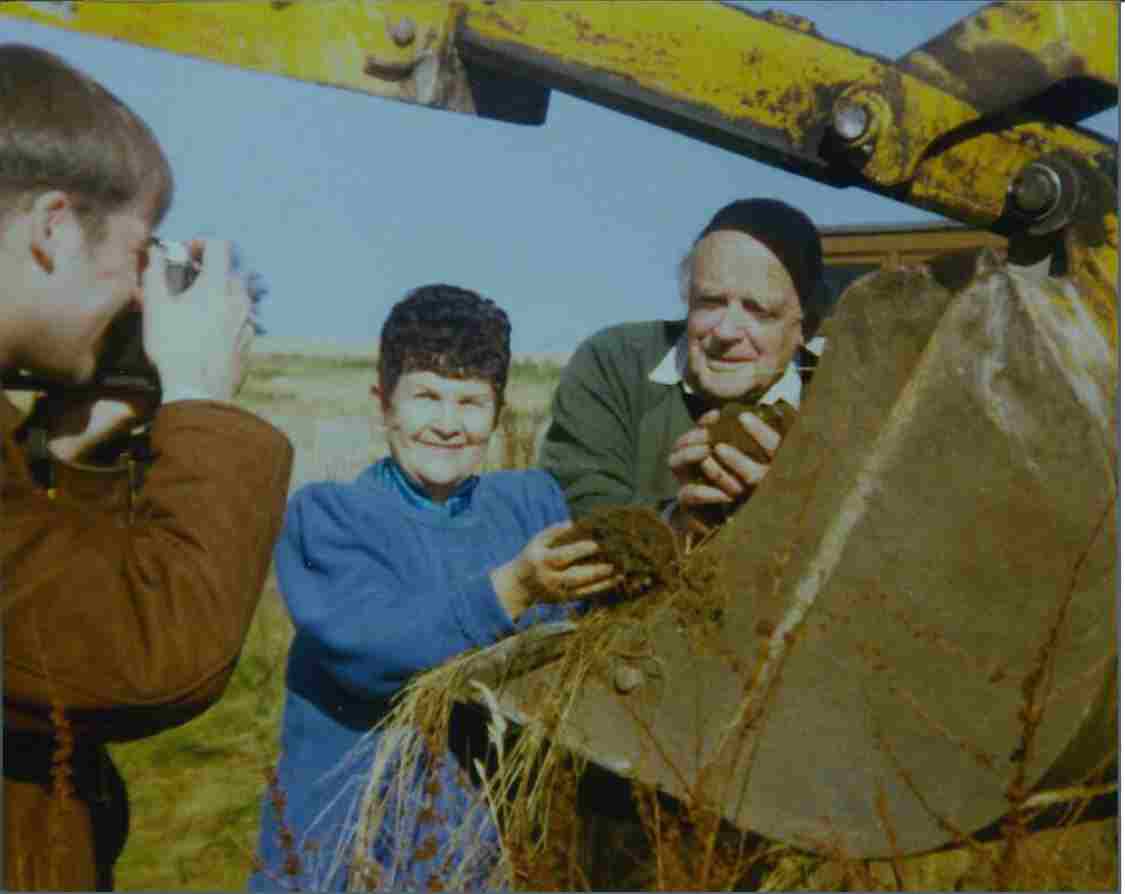 The first turf being cut at Cherry Grove the site of the new centre.
Pictured are Alice Grant and Sir Allan Gilmour.

During 1993/94 it became apparent to Social Services that there was an urgent requirement for a purpose built Day Care Centre for the elderly in the Bonar Bridge/Ardgay area.
At that time the Day Care unit was operating from the Ardgay Church Hall and although the Social Services were extremely grateful it was deemed unfit for long term use.
After discussions with the local community, Age Concern, W.R.V.S , Voluntary Groups (East Sutherland)and various other statutory Bodies a Committee was duly elected and named the Creich, Croick and Kincardine District Day Care Association.
During the first two years of its inception a substantial sum was raised locally which helped the Committee to apply for funding from various Trusts.
Together with assistance from the Social Work Dept and the Voluntary Groups Co-ordinator the project progressed well.
Grants were received from various charitable organisations the main benefactor being the Bradbury Trust (A Plaque in the Centre lists the names of the main Contributors).
By 1996 a plot of land was purchased from the Highland Council and outline plans for the building were drawn up.
A Joint Secretary was appointed for the purpose of obtaining Revenue Funding to consolidate the ongoing running costs to ensure the future success of the Project.
Revenue Funding was obtained for the first three years and by 1998 the project was complete.
The building was named the Bradbury Centre and opened its doors during the summer of 1998.